Why it's Impossible to Measure Customer Satisfaction Globally

It’s surprisingly difficult to measure global customer satisfaction. Even when using a scoring system, cultural differences can lead to very confusing results. Read on to find out why. Join the #SalesSuperleague.

As always you can read our blog, watch our videos on YouTube, or listen to our podcast on iTunes and Soundcloud…

So what do you use to measure customer satisfaction? The most common tool is the NPS or Net Promoter Score.

Firstly, any interpretation of data is subjective. This means that whoever is doing the interpretation brings their own bias to the table, usually unintentionally, which can result in inaccurate conclusions.

Secondly, for a simple rating, NPS can get complicated. Where you live in the world can vastly affect the way you rate a company, despite your feelings on the service being the same as someone on the other side of the world.

So NPS scores can differ depending on language and cultural differences.

Luckily there has been a fair amount of research

Dr. Laura Brooks, co-developer of Net Promoter and Vice President of research and consulting at Satmetrix said that:

“Without a mechanism to distinguish true performance differences from cultural response bias, comparisons of survey results across countries or regions can lead to inaccurate results and compromise the ability of decision-makers to confidently act on the data,”.

“Companies that operate in multiple countries need to better understand how cultural factors influence customer survey responses, taking into account these differences when analyzing and acting on customer feedback.”

She found that Americans have a much more positive response than from a Western or European audience. She also noted that:

“Regardless of what remedy is used to eliminate or alleviate response bias, the first step towards finding a solution is acknowledging that response bias can be a serious threat to valid comparisons across countries”.

CheckMarket wrote an article, Why there needs to be a European variant of the Net Promoter Score and made some interesting observations, here’s what they said:

“This scoring bias is deeply ingrained in the cultural differences between Europe and the US. American children are expected to get all A’s, even in high school. In Europe where tests are graded on a scale of 0 to 10, students can almost never get a ten. A teacher of my daughter once said that an 8 is great, a 9 is for geniuses and 10, well only God can get a 10.

When European respondents, growing up in such a school system, are confronted with a classic NPS scale of 0 to 10, they will – if extremely satisfied – give an 8 (a compliment in their mind). I see plenty of surveys conducted in Europe based on some American template where these respondents are then asked “What can we do to get a 9 or 10?” They inevitably respond with “Nothing, I love your company!” or “Nothing, it was the best service I ever had.””

The Marketing Strategist found that:

“US customers tend to give higher ratings than just about anyone else. In Germany, customers tend to rate very conservatively, even if they are satisfied. In Japan, it is considered poor etiquette to rate any provider too highly or too poorly, regardless of their performance.”

What Can We do About This?

Firstly, it might be wise to consider moving the parameters for European NPS scores so that an 8 counts as a Promoter and a 6 as Passive.

This brings Europe and the U.S into alignment so they can be compared much more readily.

Secondly, just don’t directly compare data from different countries directly against each other. In the future a factor could be applied across all scores based on cultural bias in each country.

And What You Can Learn…

Be skeptical about data. There are so many variants between countries, data doesn’t always mean something. Any sort of global analysis can lead to odd looking data, and there’s generally either a cultural or logistical reason behind it.

NPS can still be useful Internationally as you can use to track sudden or prolonged drops on rating within each region and subsequently take an appropriate action.

NPS can be a very useful score for your company but needs to be used with caution and an open mind. At the end of the day, your customer's satisfaction is vitally important for the growth of your business.

To learn more about global trends and customer satisfaction, start with How Automotive Companies Can Survive the Future.

Our blog series for Automotive companies on Business Growth, How to use HubSpot, and Website design, our podcasts on iTunes and Soundcloud, and our videos on YouTube.

About The Tree Group

The Tree Group is a business growth agency and HubSpot Certified Partner that combines sales, marketing, and websites to help Automotive companies with at least 10 staff and a desire to grow by 15% in the next 18 months. Does that sound like you?

James Walters is the Commercial director at The Tree Group, a Business Growth agency that helps Automotive companies with at least 10 staff and a desire to grow by 15% in the next 18-months. 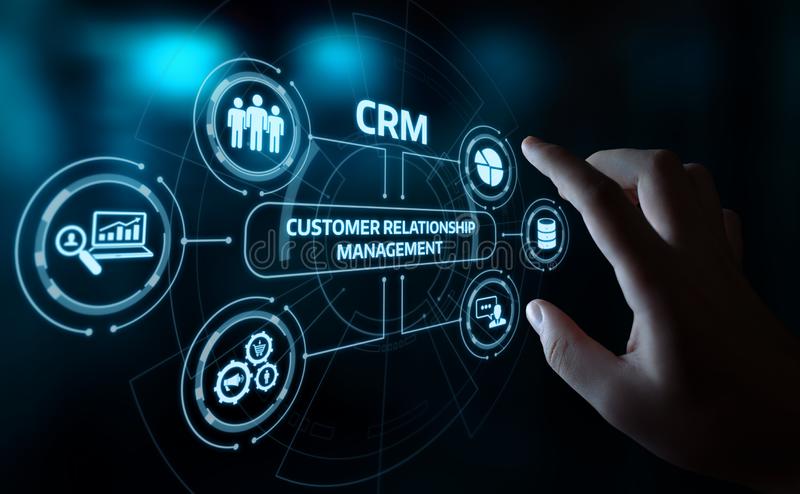 Making Your CRM Work For You

How the sales landscape has been changed by COVID 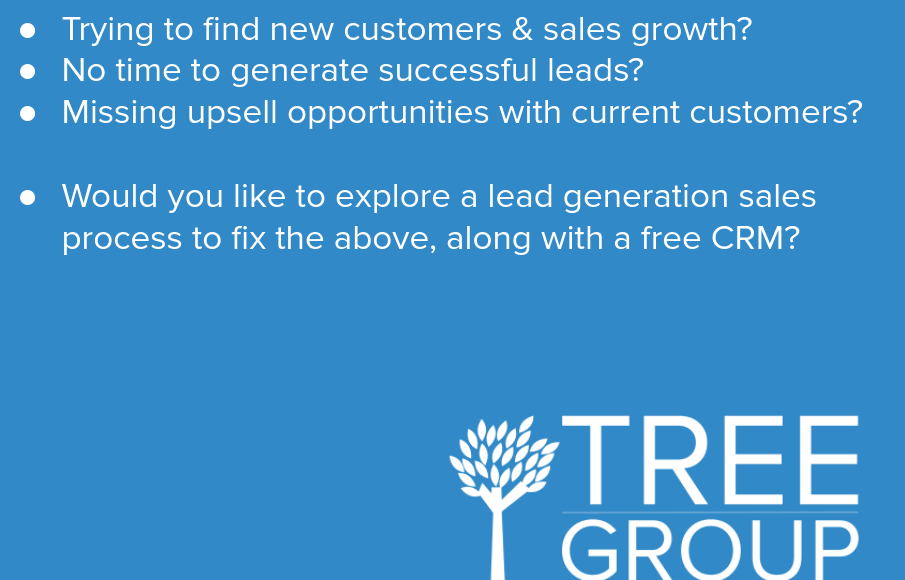 Would you like to know more about our new fixed cost sales starter package? 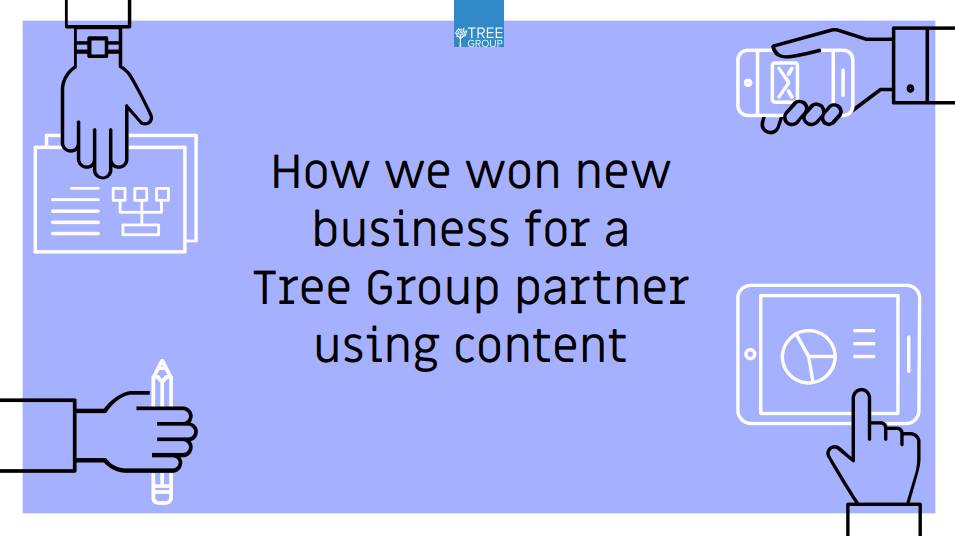 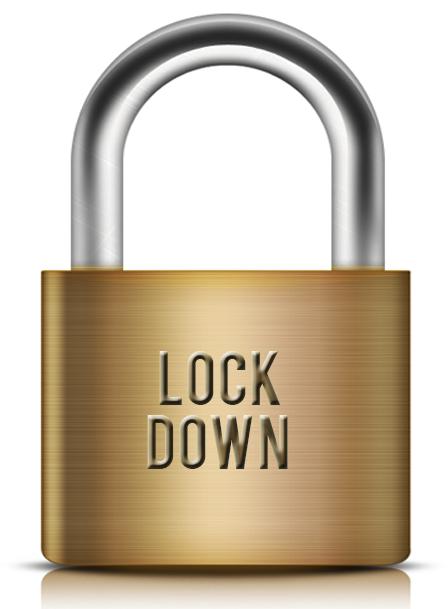 What is the new normal?

We use cookies to provide the services and features offered on our website, and to improve our user experience
Cookies are small files or other pieces of data which are downloaded or stored on your computer or other device, that can be tied to information about your use of our website (including certain third party services and features offered as part of our website)
By clicking "I Accept" you agree to such use of cookies, unless you later decide to disable them
Please note that if you delete or disable our cookies you may experience interruptions or limited functionality in certain areas of the website.